Facebook has patented the development of a very special robotic electric motorcycle. As the recently registered document shows, this strange vehicle has little or nothing to do with the bikes that we are used to seeing on the street.

Like other technology companies such as Amazon or Uber, Facebook has jumped on the car of electric vehicles. The exact use that they want to give to this curious motorcycle is not known, but the diagrams of the patent show mechanisms that will provide it with an automatic balance system and the ability to turn 180º without the need to advance.

Facebook's electric and robotics motorcycle also has an uncommon quality: two-wheel drive. That's why you can see two independent cylinder-shaped motors mounted on the brackets, along with a system of opposite tilting suspensions. 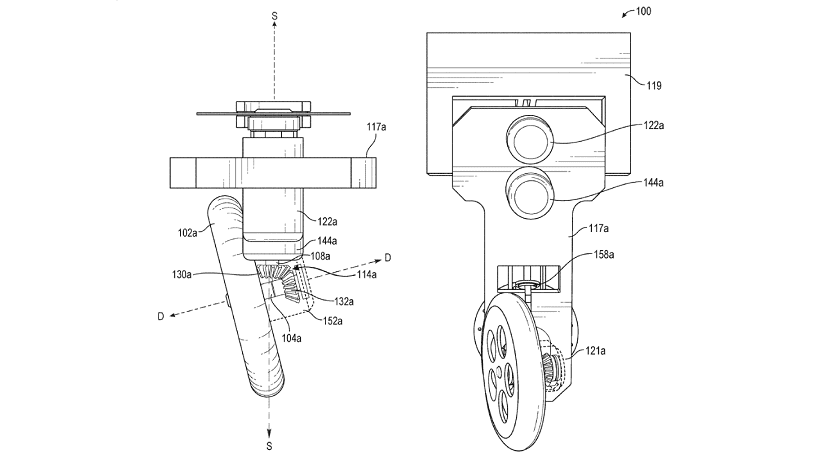 Each engine is responsible for a wheel through a belt drive system. However, the power transmission of the motors is not direct. The belts rotate a shaft that connects to what appears to be a 104 ° miter gear coupling. After them, there are already the wheels with a positive drop angle, which are so small that the brakes can not be mounted as in a typical motorcycle.

Instead of placing the brakes on the wheel, the disc and the clips are mounted at the start of the transmission system and horizontally. What will leave the braking system hidden once this electric motorcycle has its final design.

The steering acts on one or both wheels through a second shorter belt just below the transmission. What gives it the ability to turn 180º without moving from the site, which has no utility at a certain speed, but which in theory could provide unprecedented maneuverability on a motorcycle. Of course, as long as it moves a few kilometers per hour. The position that both wheels can adopt would also allow him to move laterally, to park easily or for other purposes that require agile driving. 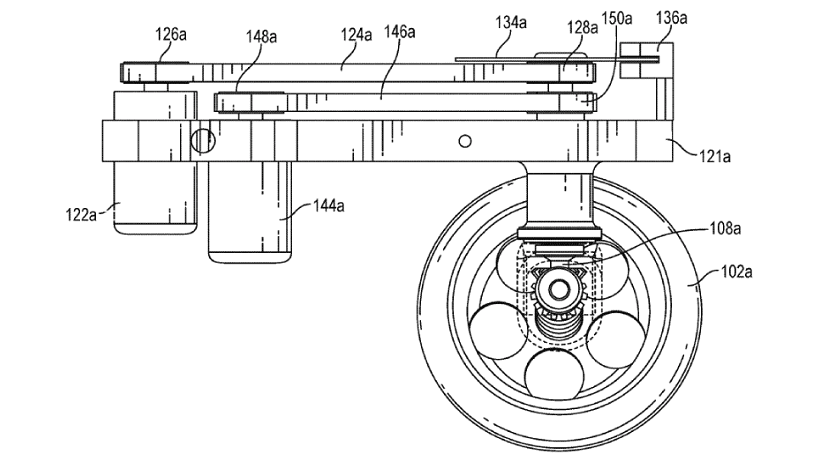 In addition, Facebook's electric motorcycle is designed to maintain balance on its own. As indicated in the patent: "The swing control stabilizer may include sensors that detect the roll. It can also include information about the linear speed and angular velocity of the robotic motorcycle, the linear speed and angular velocity of each wheel and / or the orientation of each wheel. " Data that would get a system that would keep the behavior of the engine always under control.

The bicycles and scooters Uber is developing also have their own self-stabilization system. Although in reality, as announced by the VTC company, its goal is to achieve autonomous driving with only two wheels. We do not know if the Facebook motorcycle has this same purpose, but the mechanism that has patented promises some very interesting qualities.