Louis Camilleri, executive director of Ferrari, recently confirmed that the Italian brand will launch a fully electric tourism "after" 2025. Meanwhile, the firm will bet on plug-in hybrids and hybrids (such as the SF90 Stradale), as according to the manager, today electric cars offer autonomy and insufficient charging times for a Ferrari.
Now, a series of images corresponding to the patents of the first electric Ferrari have been filtered. In these captures you can see that the car will use a total of four electric motors, each of them in charge of driving a single wheel. This means therefore that the first 100% electric Ferrari model will have all-wheel drive.

Thanks to this configuration, the vehicle will enjoy precise and dynamic behavior, since when each engine operates independently the control on the wheels will be absolute. In fact, Ferrari is highly likely to employ a torque vectoring system, because although it is not included in the leaked documents, it is a technology by which more and more manufacturers of electric sports are betting to increase the motor skills of their vehicles.

The model's battery will be housed in the free area between the rear wheels and the passenger compartment. This will allow electric Ferrari to enjoy a lower body than if the pack were placed under the seats. It is possible that the final configuration is similar to that of the old Tesla Roadster and that of the current Rimac, with the batteries located behind the seats, occupying the same space as a central thermal engine.

It should be noted that the patents of a system with a similar powertrain have also been filtered (that is, formed by four electric motors), but in which the battery is replaced by a combustion engine. This hybrid configuration (or plug-in hybrid, depending on the size of the battery that Ferrari wants to use) may reach the market sooner than 100% electric. 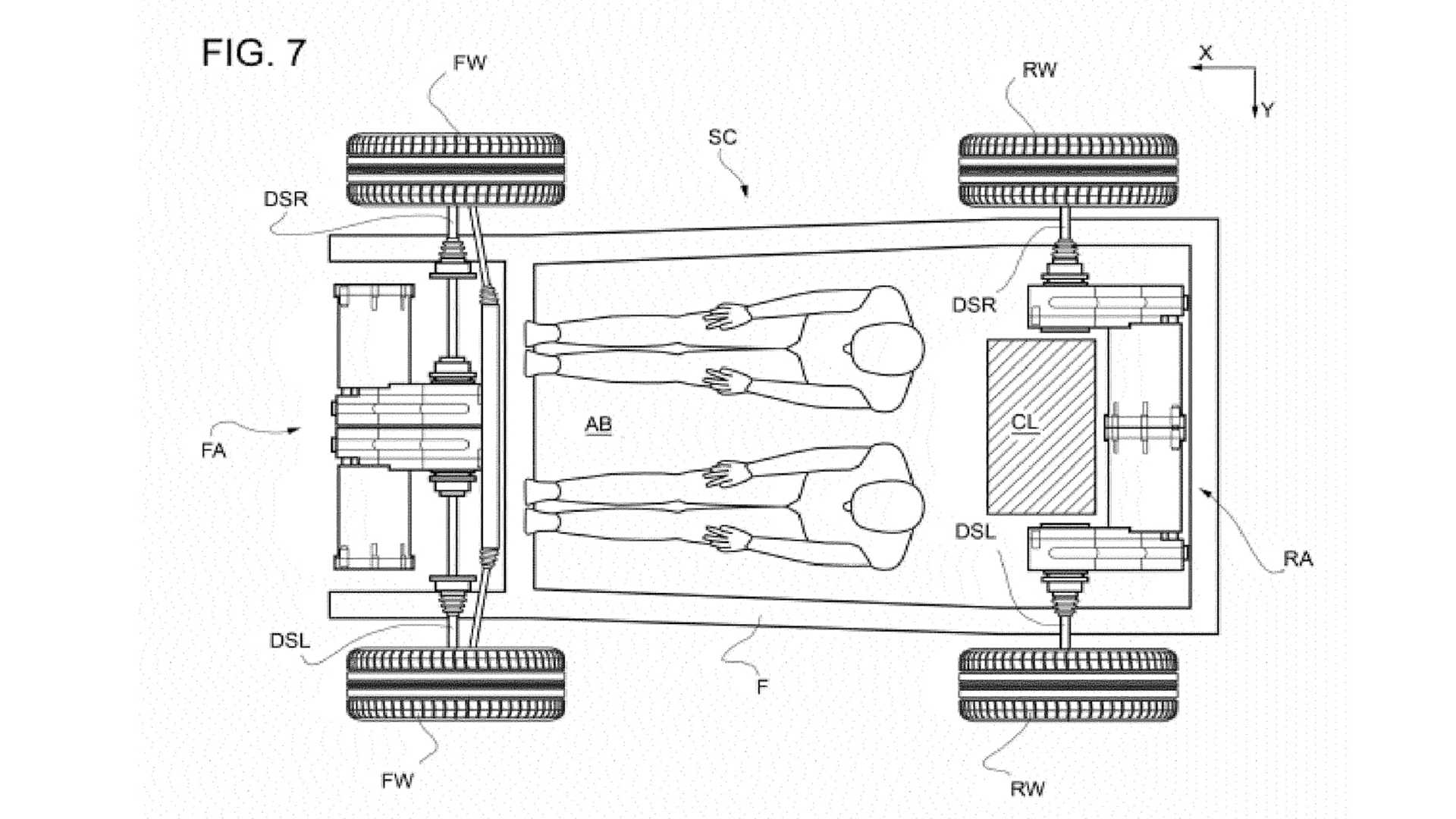 Ferrari, in the hands of Exor (the group owned by the Agnelli family, which also owns FCA FIAT-Chrysler), may benefit in the future from the electrification advances of the FCA-PSA group (both companies have just merge), because although the Italian brand is independent, there has always been an important technological transfer between Ferrari and FIAT (for example, the V6 engine of the Alfa Romeo Giulia QV is of Ferrari origin).