The design registered in Japan advances possible folding controls to favor the ergonomics of the hybrid console of the Grand N; Will they come true?
Nintendo has made the registration of a new articulated or foldable Joy-Con model that advances what would be more ergonomic Nintendo Switch controls. This has been recorded by the registry of the official patent registry of Japan, one of the many ideas that brands register for possible future projects but that in any case do not ensure their future goes to production; Even so, the idea is as curious as it is promising.

Tilt area of ​​joystick and buttons

Thus, and with the aim of making Nintendo Switch a more ergonomic console in portable mode, Nintendo has devised a system to make the traditional Joy-Con a bit more comfortable, offering the possibility of slightly tilting the upper area of ​​both controls (joystick on the left and buttons on the right) to better fit the grip position on the hands.

In addition, said patent contemplates the possibility that both upper inclinations of the Joy-Con are possible both wirelessly and anchored to the console, offering total freedom to the player to find the most comfortable position according to their needs. Nintendo registers the patent of articulated Joy-Con
Of course, as suggested by the patent images, in exchange for gaining some more ergonomics, especially in portable mode, these foldable Joy-Con could lose some of the functions of the standard models, as has happened with Nintendo Switch Lite

Be that as it may, at the moment they are nothing more than ideas and designs of what could be a folding or articulated Joy-Con in the face of its possible commercialization in the future; Will we ever see them in commercial format? Recently, Nintendo introduced the new Super Nintendo video game catalog for Switch through the subscription to Nintendo Switch Online. 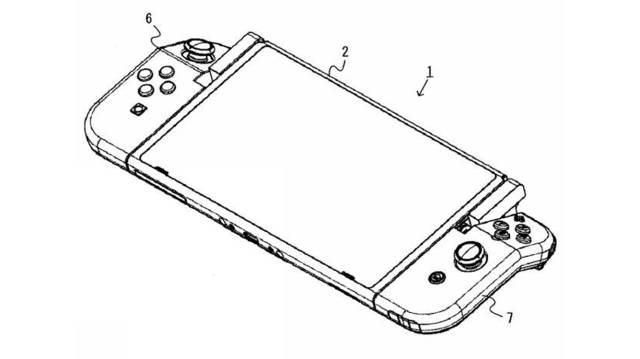