Often companies request patents for ideas that never turn into projects, but on other occasions they do, making a patent application a tremendous clue to know what they are working on.

Now it is Porsche who has submitted two applications to the United States Patent Office that make us imagine that they are working on autonomous airplanes.

The first patent is that of an airplane, while the second is from its power supply. The sketches show a vertical take-off ship reminiscent of autonomous air taxi projects that we have seen in recent years.

Porsche already indicated in 2018 that urban air transport would be common and frequent as of 2025, and this patent application indicates that they have a team dedicated to the subject, although it is not known how many people or what budget we are talking about.

Shortly after, already in 2019, there was an agreement between Porsche and Boeing to study the urban air mobility market. One of the objectives of the agreement was to study the possibility of creating a ship similar to the one we see in the patent sketches.

Analyzing the drawings of the document we can see a cabin with two seats and large wings, all moved with 4 blade fans, two to offer propulsion and two to land and take off. The designs also show mechanisms for fans to close during the journey so as not to affect aerodynamics. 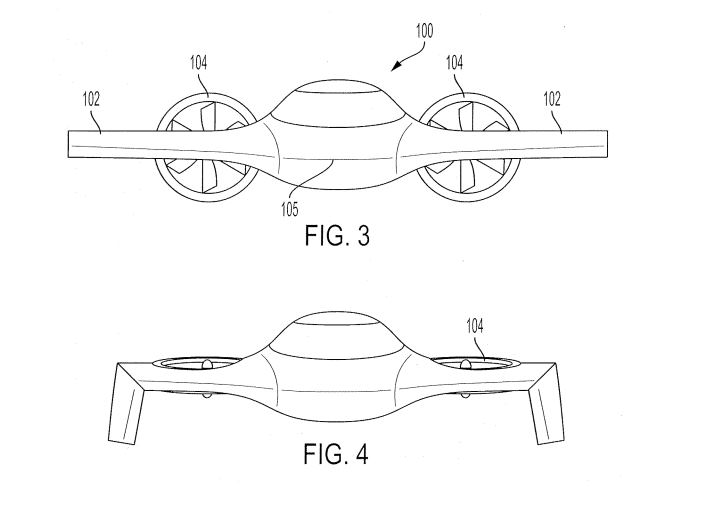 The document also talks about how batteries should be cooled, an extremely critical issue in this sector, which seems to grow faster than the world of batteries.

Although the final idea is to have autonomous autonomous taxis from 2025, at the moment they are only concepts, ideas that often do not leave the paper.