The Californian brand has patented a solution that aims to isolate noise and preserve the temperature of the cabin.

The United States Patent and Trademark Office continues to talk about because a new manufacturer has registered a solution that could see the light soon, and given the viralization that Tesla acquires with some of its sophisticated inventions, this is called to be another of them in a short time.

The patent that Tesla has registered details a new type of multilayer automotive glass that uses one or more internal layers perforated from top to bottom with small holes. The different surfaces of which the glass is composed would be separated by a space, whose width would range from 0.5 to 6 millimeters, with the intention of "reducing noise and temperature fluctuations" inside the cabin, as and as the manufacturer himself describes in the patent application. 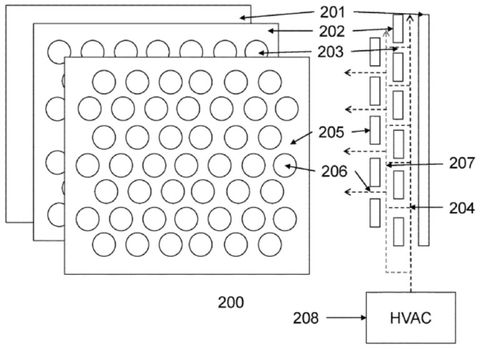 The idea of ​​the California company is to introduce this solution in their vehicles and thus absorb unwanted noise before it reaches the cabin, while reducing the workload of the air conditioning system. Of course, "less use of the HVAC system (ventilation, heating and air conditioning system) could increase fuel efficiency or the battery life of the vehicle," says Tesla.

It is still early to know with certainty the effect that the presence of this glass would have on an electric car, whose autonomy is affected by the use of the air conditioner, but that with this solution the batteries would have a great ally. It seems that the American automaker is weighing the advantages and disadvantages of using two layers of glass in front of three, uniform perforations versus other uneven, and different configurations.